Farming communities are traditionally self-sufficient and Boone County would have been no different. Early Boone County business activities centered in the towns. Blacksmith shops and dry-good stores were staples of every town and would have provided farming families with materials and services they could not provide for themselves. In addition grist mills, located on streams, ground harvested grains into flour for farmers to sell. Distilleries purchased corn from the farmers to process into whiskey.

During the first decade of the 20th century, a number of small, local financial institutions were founded in the county. Though most of these are now either defunct or have merged into other institutions, many of the original buildings still remain.

With 39 miles of riverfront, Boone County has historically had many ferries. One of these, Anderson Ferry, is still in operation today. 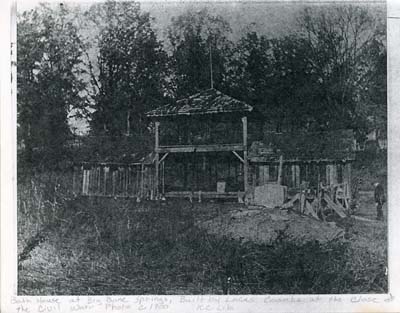 Boone County had several popular resort destinations in the 19th and 20th centuries. These include:

Taverns were located along the stagecoach routes, giving both passengers and drivers a place to have a meal and spend the night during a long journey.

Taverns were licensed by the courts, and many of these records still exist.