In the early nineteenth century, when Boone County's population began to increase, the county was divided into two precincts corresponding to the northern and southern halves of the county. As the population continued to grow, more precincts were created, generally named after the town in which Boone Countians gathered to vote.

The 1883 atlas of Boone, Kenton, and Campbell Counties, Boone County was divided into twelve voting precincts, with several communities located in each. More recently established communities are also listed below.

A complete A-Z listing of all Boone County community names, past and present, is also available. 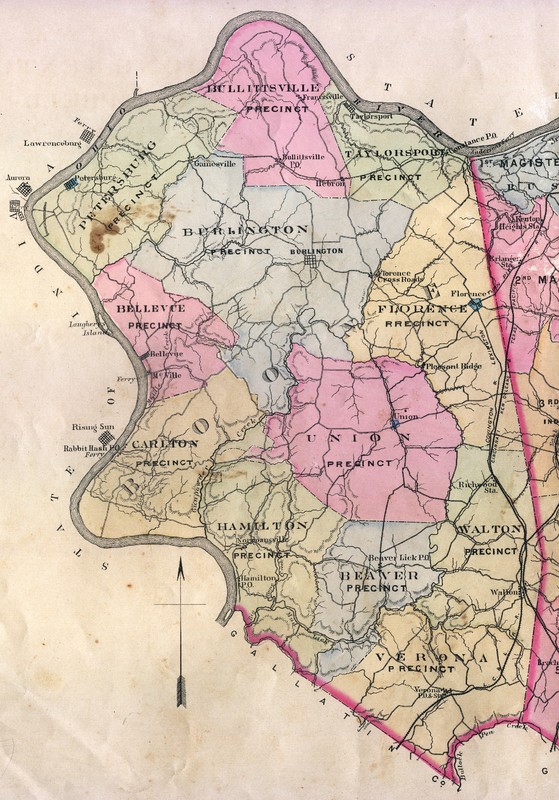 The Boone County precincts, as shown in the 1883 atlas.