A 1865 letter from Mr. R. Richardson to Kentucky Governor Thomas E. Bramlette describes an incident where an enslaved woman by the name of Evelina was to be tried for infantcide. Both Wickliff Grubbs and William Grubbs were named in the case as slave holders of Evelina.
William and Wickliff Grubbs served as surety for a "relative" who is referred to as "she". I believe, based on my preliminary research , that the slaveholder was Mary (Grubbs) Carpenter- widow of Jonathan Carpenter who died in August, 1857. Mary is Wickliff's sister. In the OG database, I have a Mary Carpenter, slaveholder, who is listed on the birth doc of an enslaved infant, born 10 Nov, 1857. It's probable that this was the child who was killed, particularly with the timing-the possibility of being sold away. 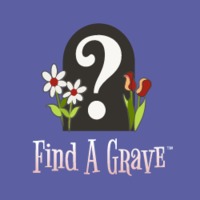